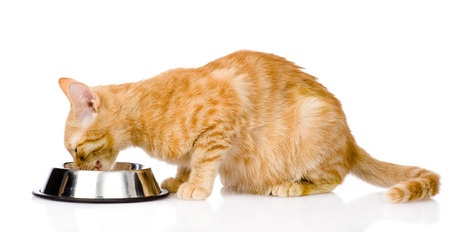 As we all know, cats can be very fussy eaters so it’s sometimes said that they are less likely to be poisoned than dogs, who tend to be less picky about what they eat. However, due to their curious nature, and their grooming habits, it is not uncommon for cats to eat something bad for them – sometimes with deadly consequences. Here is a list of 10 things that are commonly found at home that can be dangerous to cats. 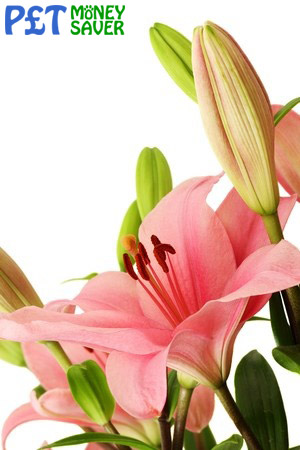 Many plants are toxic but one that is very popular in bouquets but deadly for cats is the Lily. Cats often like to chew plants, especially kittens and young cats, but if any part of a Lily is ingested it can lead to kidney failure and death. It is not just the leaf or flower that is toxic; it is any part of the plant. Even the pollen can be deadly, as it can fall off easily and this can stick to the fur or feet and be licked off when the cat grooms itself.

The first signs seen are vomiting, lethargy, loss of appetite and seizures, and these symptoms usually develop within 6-12 hours of ingesting a piece of Lily. Kidney failure usually occurs 2-4 days after ingestion, and this is often fatal.

If you think your cat has eaten any part of a Lily, ring your vet immediately no matter how small the quantity ingested. Treatment before your cat gets ill will increase its chances of recovery.

Antifreeze (ethylene glycol) is very poisonous to cats, and ingesting even the smallest amount can cause kidney failure and death. It is tasty to cats so if it is left around, cats will drink it by choice.

The symptoms are very similar to those of ingesting Lilies, i.e., vomiting, lethargy, loss of appetite and seizures leading to kidney failure and death.

Always store antifreeze in clearly labeled, sealed containers away from pets, and always dispose of it safely and responsibly. 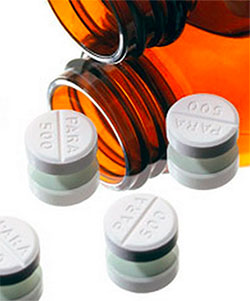 Paracetamol is very dangerous to cats and just one tablet is enough to cause severe illness or death.

Signs of poisoning include depression, vomiting, swelling of the face and paws and a bluish discolouration of the skin.

An effective treatment is available, but must be taken very soon after the cat has eaten the tablet, so if you suspect your cat has eaten any contact your vet straight away.

Permethrin is an ingredient found in many spot-on flea treatments for dogs, however it is very poisonous to cats. Cats can be poisoned if they are accidently treated with such dog flea products, or if they groom themselves or other animals treated with the product.

Symptoms are usually seen soon after exposure, but can be delayed for up to 3 days. These include tremors or convulsions, salivating, vomiting and in severe cases, seizures.

If you suspect your cat has come into contact with any canine flea treatments, contact your vet immediately. 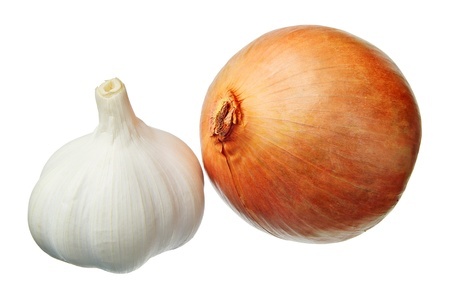 If eaten, these vegetables and herbs can cause gastrointestinal irritation, and could lead to damage of the red blood cells leading to anemia. An occasional low dose will most likely be OK, but larger quantities can cause health problems.

Cats are unable to break down the lactose contained in milk, as they do not possess significant amounts of lactase. This can cause digestive problems, including vomiting and diarrhea. Lactose-free cat milk is available at most pet stores, which is designed for cats and is safe for them to drink. 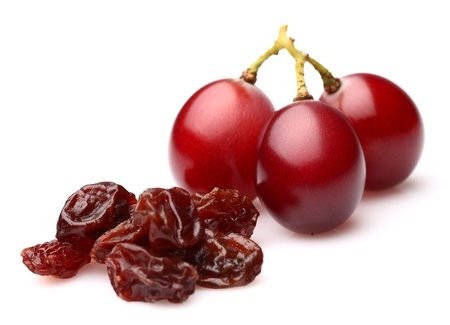 While it is well known that grapes and raisins can be very poisonous to dogs, it is thought that they can also be dangerous for cats to eat, and could cause kidney damage. It isn’t clear to scientists what makes grapes and raisins toxic to cats and dogs, and not all cats will become ill if they eat them, but some pets may develop symptoms like diarrhea, lethargy and lack of appetite – and it could even result in death.

So for this reason, it’s unwise to feed grapes or raisins to your cat, and you should also avoid giving your pet bits of cookie or other foods that contain raisins.

You would think that given cats eat small animals in the wild, it would be fine to give them cooked meat on bones, however this can be very dangerous. While raw meaty bones provide several health benefits to your pet, cooked bones are a big no-no. Cooked bones become brittle and can splinter, which can damage or become lodged in your cat’s mouth, throat or stomach. 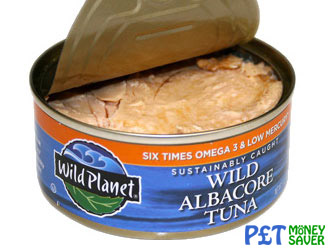 While many cats enjoy eating tuna, eating too much of it can lead to a condition called Steatitis (or Yellow Fat Disease), which is caused by a diet high in unsaturated fatty acids and deficient in Vitamin E (which is the case with tuna).

The symptoms of Steatitis are a greasy, dull coat, severe pain when touched, fever and a loss of appetite. If it isn’t treated, it can result in death so immediate treatment from a vet is important.

Tuna is fine to feed your cat as an occasional treat, however should not be fed to your cat frequently.

Most people know that chocolate is a big no-no for dogs, but did you know it can also be bad for cats?

Theobromine affects the cardiac and nervous systems, and depending on the type and amount of chocolate the cat eats, side effects range from minor to fatal. These can include lethargy, nervousness, seizures, abnormal heart rhythm, vomiting, diarrhea and in extreme cases, death.