Getting rid of your cat’s waste every day can become a chore, and although it might seem like a convenient way to get rid of cat litter, you should not flush it down the toilet. This can cause blockages in your plumbing, damage your septic system and can even cause disease in humans and aquatic life.

However, with several cat litters being advertised as being safe to flush down a toilet, why is this a bad idea? There are several main reasons for this.

1. Cat Litter Can Cause Plumbing Blockages

Most cat litters are designed to absorb moisture, and expand up to 15 times their original size when wet. Even if the litter has absorbed some liquid already from your cat’s litter tray, it’s likely it will expand even more once it enters the waste system.

If you’re using a clay litter, this hardens when wet, becoming as hard as cement. Just think about how difficult used litter can be to remove from a tray when it hardens and sticks – now imagine this in the depths of your plumbing! This is likely to cause blockages in the pipework, possibly leading to flooding and an expensive plumber callout. Depending on how blocked the pipes are, you may need water-jetting to clean the pips, or in the worst case, having to replace sections of pipe.

Cats can be carriers of a microscopic parasite called Toxoplasma Gondii, and it can cause serious health issues for some people.

For the majority of healthy people, their immune system will prevent the parasite from causing any illness most of the time. However for someone with a reduced immune system, this can cause severe health problems. Pregnant women are also especially at risk, as if they are exposed to the disease it can cause birth defects such as brain damage, or even miscarriage. This disease has also been linked to some mental conditions too.

If a cat becomes infected (usually by eating meat that contains the Toxoplasma cysts, such as an infected bird or mammal), it most likely won’t show any symptoms, but will excrete the parasite’s eggs (called “oocysts”) in their faeces for a period of around 1-3 weeks. The cat’s immune system will stop the parasite from reproducing fairly quickly, so they tend not to excrete the particles after this point.

These oocysts take around 5 days to become infectious, however these can then survive for up to 18 months or longer in the right conditions, and this is when they can be transferred to other animals or humans. 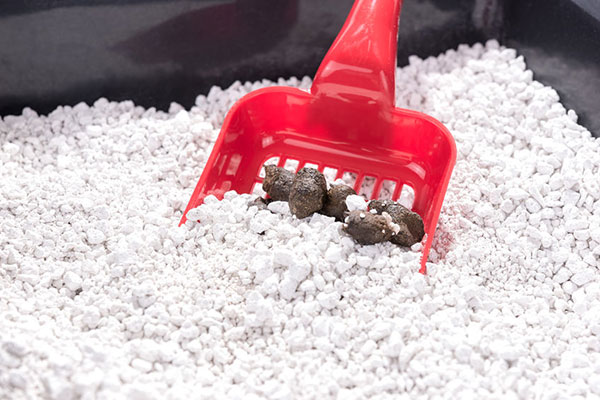 Water and sewage systems in the UK aren’t designed to kill off this parasite, so by flushing your cat’s poop down the toilet, the parasite may enter the environment via waterways, and end up infecting someone if they come into contact with it.

Although this is mostly an issue with outdoor cats as cats who spend their lives indoors are not likely to become infected with Toxoplasma, it’s not impossible for indoor cats to become infected. As it’s not possible to tell if your cat carries the parasite or not. it’s better to err on the side of caution and always use an alternative way to dispose of your cat’s poo. The best way to get rid of your cat’s waste is to empty it into a biodegradable bag and putting it in the bin.

As well as exposing humans to the parasite, flushing cat poo down the toilet also increases the risk to aquatic life.

Research has linked the Toxoplasma parasite to the deaths of sea otters, dolphins, seals and whales. This is thought to be caused by waste water running into the sea carrying the oocysts, which are then ingested directly by the mammals, or via smaller creatures such as snails and crabs, which in turn are eaten by the larger mammals.

Not only has it been found to kill them outright, but it has been found that infected sea otters are at a much higher risk of being attacked by a shark. Do you really want to be responsible for a cute sea otter being eaten by a shark? If not, then don’t flush your cat’s poo down the toilet.

How Should Cat Litter be Disposed of?